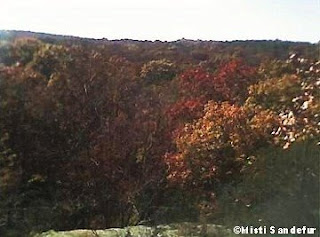 I just love the way the leaves change into beautiful colors with this new season, don’t you? The colors leave me with a happy feeling, and the smell of winter in the air calms me. It’s all just so warm and inviting. Does it have the same effect on you? Better yet, how do you feel when you look around at the changes with the new season?

Speaking of changes, I’ve made quite a few changes to the second edition of Help From Above. If you’ve not read the current edition of Help From Above then you won’t notice the changes, but if you have read it and decide to invest in a copy of the second edition once it’s released, then you’ll notice the changes. For one, I decided to change the location from Rockford, Illinois to a town that I know a lot more about. Because I grew up not too far from Harrisburg, Illinois, I chose to use it for the location in my Christian novel. Yes, I know the novel is fiction but I like to keep things as real as possible. However, some of the businesses and the church will be fictional, but most of the settings will actually exist.

In addition to a new location, I’ve also taken the liberty of adding more text and changing things up a bit. I can’t really say much more than that without giving everything away, and I certainly don’t want to do that, so you’ll just have to keep watching my blog for news about the completion and release date on the second edition. Then, once the second edition has been released, you can follow me on my planned blog tour, as well as read about my new out-of-the-box book marketing ideas that I’ll be implementing. Just subscribe to my RSS feed or via e-mail for all the updates.