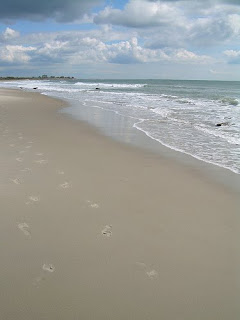 These past few months have been hard. First, Don Sandefur, my brother-in-law, who’s more like a father-in-law, has been in and out of the hospital. Unfortunately, he passed away on March 8, 2010 (my youngest son’s birthday). There’s no doubt that Don went to Heaven, because he was a true Christian. In fact, he was an inspiration to me.

My parent’s raised my brother and me in church, so I already believed in God and did my best to live by our heavenly Father’s word; however, Don’s love for the Lord spread to me like a virus. My faith in the Lord grew stronger, and when I didn’t understand the Bible, all I had to do was call Don. He could explain everything in terms I could understand. Now that he’s gone, I want more and more each day to be like him. I only wish I had told him how much of an inspiration he was to me, and how much stronger my faith grew because of him. Instead of letting Don know all that, my last words to him were, “we love you and are praying for you.” I truly believed he would get better, but he didn’t.

In addition to my brother-in-law’s illnesses and recent passing, I’m also a caregiver for my father who is fighting Lymphoma and Leukemia. During one of Don’s hospitalizations, my father became ill. Dad experienced stroke symptoms, so thinking he might have been having a stroke, my husband and I rushed him to the hospital that day. Luckily, it was only an infection, so they sent him home with antibiotics. Not long after the scare with dad my mom, a breast cancer survivor, called to inform me that her yearly mammogram showed another lump on her breast, so she would be having a biopsy to test the mass for cancer.

While all of that was taking place, I felt overwhelmed, but I held on to my faith and prayed. Not only did I pray for my loved ones, but also I prayed for financial help, because during those times, my husband and I were both missing work. We fell behind on bills and began to wonder what we were going to do, since what little money we did have coming in had to be used to get back and forth to the hospital. All I could do was pray for help and seek comfort through the Bible.

The moment things started to slow down enough for me to continue working while my husband stayed at the hospital with his brother and other immediate family members awaiting news from the doctors, God answered some of my prayers. I gained a new client and additional work from a current client. Furthermore, my dad’s health improved, but it wasn’t long until the doctor’s called the family back to the hospital regarding my brother-in-law. Again, they told us they didn’t expect Don to make it through the night. I stayed home to work and get the kids off to school the next morning while my husband drove back to the hospital, and I took a moment to pray for Don. We knew he was in pain and his condition wasn’t improving, so I decided to pray that if it were Don’s time to go it would be painless. I also prayed that if that happened God would comfort us all and give us the strength to continue life without the man we’ve loved for some many years.

Don made it through the night but passed away later that evening. Even though it was extremely sad, I truly believe Don’s passing was painless, and though we mourned his passing, I think we were all comforted knowing he went to heaven.

Just the other day mom phoned with news that the mass they’d found on her breast was benign. Things are still a bit tough on the financial end for my husband and me, but I’m still praying, and God’s still working.

My friends, I’m writing this post today to let you know no matter how rough things are, if you continue to pray and hold on to faith, the good Lord WILL come through for you. I’ll be the first to admit it’s not easy when everything seems to be going wrong at once, but we must not give up. When you feel like giving up, do what I’ve been doing for the past few months: pray for help, guidance, comfort and strength. Moreover, when the stress begins to really build, open the Bible and read from Psalms, Proverbs or both. Just don’t give up on God. He is there, he hears your prayers and your cries, and when the time is right, He WILL answer.

Do you not know? Have you not heard? The Lord is the everlasting God, the Creator of the ends of the earth. He will not grow tired or weary, and his understanding no one can fathom. He gives strength to the weary and increases the power of the weak. Even youths grow tired and weary, and young men stumble and fall; but those who hope in the Lord will renew their strength. They will soar on wings like eagles; they will run and not grow weary, they will walk and not be faint. (Isaiah 40:18-31)
Photo credit: Ilamont
Share

2 thoughts on “Holding on to Faith and Answered Prayers”